Accommodation, transfers, gorilla permits, meals, we’ll arrange that for you.

The Pian Upe was in 1964 declared a game reserve, covering an area of 2,304 square kilometers it is the largest wildlife reserve and the second-largest protected area in Uganda. Pian Upe is in the Plains of Karamoja, North of Mount Elgon, and it stretches from the foothills of Mt. Kadam at the Uganda-Kenya border to Kyoga.

The game reserve is accessible through the South Chepsikunya trading center as one drives from Kampala via Mbale or north of Namalu trading center from Moroto town. It is an 8 hours’ drive from Kampala via Mbale, Soroti, and finally to Nakapirit, where the Reserve is. From Mbale, it’s a 5 hours’ drive lasting about 2-3 hours from Sipi falls in Kapchorwa on the edge of Mountain Elgon, and Pian upe is 5 hours towards Kidepo National Park, and the closest operational airstrip is Amudat.

The Reserve was well known as a famous battleground for the Karamojong pastoral groups, including those from North-eastern Uganda and Pokot from Kenya right up to Matheniko, Bokora wildlife reserve, and Kidepo valley national park. The main road leading to Pian-Upe Wildlife Reserve usually acted as the boundary where both tribes intersected to raid one another during ruthless cattle rustling. However, peace returned since tourism activities contributed to a fruitful utilization of the area.

Pian refers to a clan among the Karamoja people who were pastoralists and lived a traditional lifestyle centered around cattle only. According to them, Pian means calm-hearted people. While Upe refers to a Kalenjin-speaking pastoralist community who have originated from the Pokot tribe in Kenya and settled in the Amudat district near the game reserve, Upe means enemy. Therefore, when combined, it means friendly enemies.

What to do in Pian-Upe

Game drives in Pian-Upe will give you a chance to see rare wildlife species of Bovids, including; Roan antelope, Lesser kudu, Bright’s gazelle. In Uganda, these are only here and in Kidepo Valley National Park. Wildlife concentrates around the Loporocho swamp. Predators like; Cheetahs, the fastest animal in the whole world, wild cats, Jackals, spotted hyenas, Civets, Serval cats, mysterious leopards, and lions also inhabit the Pian-Upe conservation area.

Rock paintings exploration and rock paintings found at various Pian-Upe wildlife reserve sites are believed to date over 3000 years by the Kushite and Nilotic peoples.

Pian-Upe Wildlife reserve is open and can be visited all year round. However, the best time to visit this Reserve is between November and March, the drier months of the year. During the period, the management carries out controlled bush burning for vegetation. Hence short and dry grasses make it possible to view animals easily. During these drier periods, animals also often gather around Girik River in the southern part of the Reserve to take water. Although the Reserve is in the semi-arid area, it receives heavy rains between April and October, makings the trails flood limiting accessibility; a 4-wheel drive is always recommendable.

Mountain hiking and guided nature walk, the landscape of the Reserve, and the surrounding areas are dramatic. It comprises the volcanic mountains of Napak and dry vegetation, which creates opportunities for nature walks and mountain adventures with spectacular scenic views.

Uganda Wildlife Authority has Bandas located at the reserve headquarters. There are four Bandas, but there are self-contained, and one is not self-contained with a washroom and toilet outside.

Other accommodation opportunities, significantly higher status, are found in nearby places like Sipi in Kapchorwa,  a few (2) hours’ drive away. 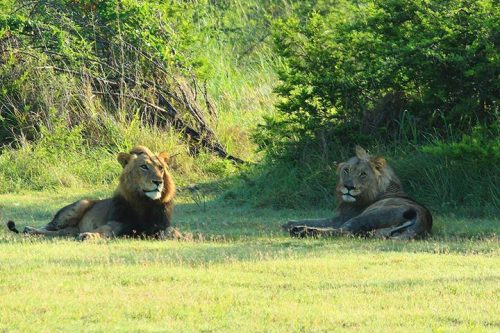 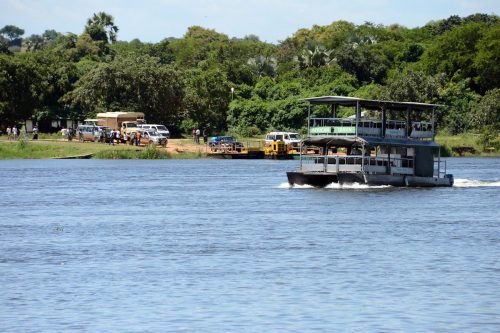 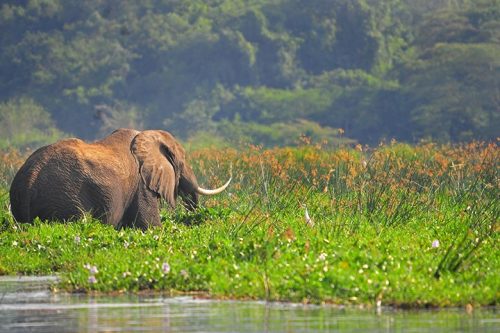